Warning: "continue" targeting switch is equivalent to "break". Did you mean to use "continue 2"? in /homepages/34/d561698679/htdocs/pi-ro/wp-content/themes/Extra/includes/builder/functions.php on line 5033
 Network Hygeia - PSYCHOLOGY Gender and Health

Hygeia and the Psychology of Gender & Health

Several of the members of the Hygeia Network (International Alliance for Health and Gender) have participate in a book on Health and Gender Psychology (Sánchez-López, M.P. & Limiñana Gras, R.M., THE PSYCHOLOGY OF GENDER AND HEALTH. CONCEPTUAL AND APPLIED GLOBAL CONCERNS. ELSEVIER/ACADEMIC PRESS, 2017).

We will talk about them next time

Hygeia, in Greek mythology, was one of the daughters of Asclepius, (Aesculapius, for the Romans), the son of Apollo. He was educated by Chiron, a centaur, who taught Asclepius the arts of healing. When he was older he became a skilled surgeon in the use of medicinal plants and could even raise the dead. Hades, the lord of death, was alarmed at this and complained to Zeus, who killed Asclepius with a thunderbolt.

Asclepius was worshipped as a god of medicine, in a global sense, since for a Greek it was all related: what is visible (the body) and invisible (the soul). Health involves a balance both in the body and the soul; if something went wrong in that invisible part, something in the body was also sickening. Physical illness and psychic pathology had an indissoluble unity of meaning. The temples of curing normally had a tunnel for patients to pass through.

Thus, Hygeia, a daughter of Asclepius, was particularly associated with prevention of illness, maintaining one´s health whilst curing, once the illness had appeared, was more linked to other daughters such as Panacea. In fact, the meaning of Hygeia (although the name of this goddess has give us the word “hygiene”), is health. The equivalent Roman god for Hygeia is the goddess Salus (Salud, Health, in Latin-based languages).

It used to be represented as a young woman feeding a large snake coiled round her body. The snake´s legacy in medicine can still be found in the symbol of Pharmacy and Medicine. For Christians, Jews and Muslims the snake does not possess the beneficial and enlightening character that it has in cultures of old. In the latter the snake is an animal between two worlds, able to live underground and shedding its skin. For Greeks, and most cultures, descent into the underworld (below consciousness and what is visible) is essential in obtaining a cure. One must descend to see what is happening there to be able to find the cure there, with a fresh skin.

But there are more authors of the future book who are not members of the hygeia network; of europe, america, canada, australia, qatar. we will talk about them next time. 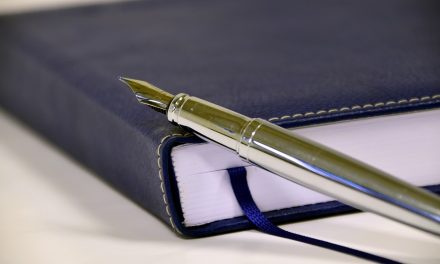